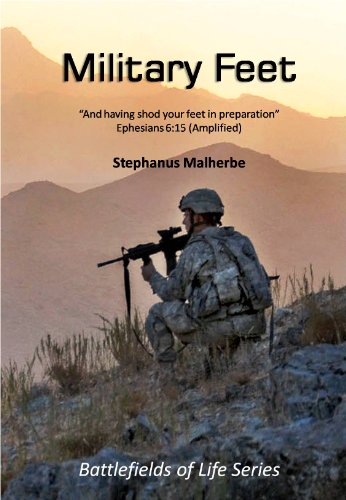 According to research by professor Virginia H. But the biscuit appears to have held primacy in sustaining the soldiers.

One observer noted ovens in Istanbul that were solely dedicated to biscuit-baking for the military. Another wrote angrily about biscuit bakers hoarding excess flour for profit and replacing it with dirt, resulting in the death of many soldiers. George Washington —along with his quartermaster and commissary general—had a major problem in feeding the continental army.

Congress lacked taxing authority and thereby lacked the funds to purchase supplies. It was a problem compounded by transportation and other supply issues.

The result, according to Joseph Glatthaar, a professor of history at University of North Carolina-Chapel Hill, was that soldiers would often go days without a ration. But the army brass were rarely able to deliver. Soldiers would beg from civilians and supplement with whatever animals they could find. Congress pressured Washington to seize food—paid for with low value paper currency effectively an IOU —but the general worried the practice would alienate the colonials.

When all was going to plan, French rations included 24 ounces of bread, a half-pound of meat, an ounce of rice or 2 ounces of dried beans or peas or lentils, a quart of wine, a gill of brandy and a half a gill of vinegar French measurements are slightly different, so these amounts are approximate. When bread was unavailable, rough little doughboys would be made from flour, salt and water, baked in the fire, or mixed with stew. What helped sustain French troops was that European agriculture had switched towards things like the potatoes and corn, which one can eat almost right out of the ground.

Timothy H. During campaigns, especially as the Union soldiers moved South, seasonal fruits and vegetables, like apples and sweet potatoes, could be pillaged from orchards and farms. Additionally, soldiers would receive care packages from home, as the Union postal system was fairly reliable throughout the war.

As for water, both the Union and Confederate armies could easily rely on lakes and streams, as water sources were rarely contaminated. The inch mortar "Dictator" mounted on a railroad flatcar before Petersburg, Va. Photographed by David Knox. Confederate Napoleon gun used in the defense of Atlanta, Photographed by Samuel A. Confederate torpedoes, shot, and shells in front of the arsenal, Charleston, S. Two photographers having lunch in the Bull Run area before the second battle, Mathew B.

Brady under fire with a battery before Petersburg, Va.

Life of the Civil War Soldier in the Army


Lithograph of a drawing by Maj. Otto Boetticher. Issuing rations. Andersonville Prison, Ga. Photographed by A. Libby Prison, Richmond, Va. Old Capitol Prison, Washington, D. Burying the dead at Fredericksburg, Va. Landing supplies at the wharf at City Point, Va. Men of the Quartermaster's Department building transport steamers on the Tennessee River at Chattanooga, Military Railroads, is standing on the bank supervising the work. The "General Haupt," the engine pulling the train in the photograph, was named in Haupt's honor. Photographed by Capt. Andrew J. Station at Hanover Junction, Pa.

In November Lincoln had to change trains at this point to dedicate the Gettysburg Battlefield. Military Railroads engine "General Haupt," built in Ruins of the Confederate enginehouse at Atlanta, Ga.

McLean house where General Lee surrendered. Appomattox Court House, Va. Ruins seen from the Circular Church, Charleston, S. Ruins seen from the capitol, Columbia, S. Soldiers in the trenches before battle, Petersburg, Va. National Archives Identifier Civil War historians and photo-historians have uncovered documentary evidence suggesting that this image of Union forces was taken by Andrew J. Russell just before the Second Battle of Fredericksburg in the spring of For more information, please see the item in the National Archives Catalog.